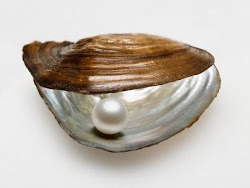 El Son Cubano is Alive and Kicking, and Pellejo Seco Comes to Town to Prove It

by Susan Kepecs
Changó, Orisha of lightening and storms, dance and music, is in the house. His colors are red and white.  Offer him red apples, red bananas, a red rooster.  He loves to sing; his dances are wild.  You will sense his presence all over town for the next two months, starting with the appearance of San Francisco-based Cuban son septet Pellejo Seco at the 12th annual Madison World Music Festival (Willy St. stage, Saturday, Sept. 19, 5:15 PM) – and again at Music Hall on campus (Tuesday, Sept. 22, 7:30 PM), when UW-Madison Arts Institute Interdisciplinary Fall Artist in Residence Dr. Juan de Marcos González gives us all a superlative lesson on the long evolution of Cuban son, with Pellejo Seco illustrating the music’s many forms.  The open-to-the-public son class is the first in Dr. Marcos’ series of public presentations on Afro-Cuban music. FYI – and you will want to know – here’s the complete list of events:  http://artsinstitute.wisc.edu/iarp/juandemarcos/events.htm
Marcos is the founder of the traditional, still-in-Havana son outfit Sierra Maestra; the force behind the Buena Vista Social Club phenomenon of the late 1990s; and the leader of the legendary Afro-Cuban All Stars (who appear at Overture Hall on Oct. 2).  And Cuban son, to be clear, is today the descendant of the muy Africano Changó and the madre patria – Spain – in the late nineteenth century.  Juan de Marcos and Cuban son don’t need much of an introduction to my regular readers, but if you want more, try these: http://culturaloysterwut.blogspot.com/2015/01/a-taste-of-february.html;
http://culturaloysterwut.blogspot.com/2014/11/barroso-en-cha-cha-cha-ay-mama.html; http://culturaloysterwut.blogspot.com/2012/03/gran-baile-at-great-hall-much.html).
That said, Pellejo Seco is making its very first Mad City appearances next week, so here’s the scoop.  Marcos had planned to bring back our beloved Sierra Maestra, which hasn’t played here since 2012.  Unfortunately, the band’s visas got caught in the shark’s jaws.  “When Sierra Maestra couldn’t come I thought of Pellejo Seco right away,” Marcos says.  “They’ll be perfect to fill the big hole in the schedule left by the absence of Sierra Maestra.  They’re excellent musicians, and the band is perfectly representative of the traditional son septet.”
Marcos met the leader of Pellejo Seco, composer and tresero Ivan Camblor, in Havana, back in the early 2000s.  The latter was working on a recording with Marcos’ good friend, Cuban composer / filmmaker Edesio Alejandro – I think this was during the production of the outrageously funny Cuban film Hacerse el Sueco, for which Alejandro composed music with Camblor’s collaboration. A few years later Camblor married a Californian and moved to the Bay Area, and ever since, he and Marcos have gone to (and sometimes sat in on) each others’ gigs there.
Camblor, born and raised in Havana, considers himself a composer first and foremost, but he’s also a helluva tresero.  The Cuban tres – slightly smaller than a modern guitar, with three sets of two strings – provides the looping, rhythmic melodies quintessential to the son sound.
But son is old-school music, and almost all of the great old soneros, including Buena Vista stars Compay Segundo, Ibrahim Ferrer, Pío Leyva and Manuel “Puntillita” Licea, are gone now.  And despite Sierra Maestra’s continuing presence, along with a handful of younger Cuban players who, like Camblor, love son, popular music on the big island today leans heavily toward hip-hop influenced genres like timba and guarapachangueo.
“At first I wanted to play rock n’ roll,” says Camblor, 44.  “That’s what my generation listened to – North American rock.  But when I was very young I heard son, in concerts and on the street.  I loved it, I thought ‘why don’t people still write these songs?’  So I started studying it with some of the old-timers, and I had to leave rock behind.
“I’m not an academic, I’m a street musician,” he adds.  He started learning to play with the late Octavio “Cotán” Sánchez, a guitarist and tresero from the golden generation of soneros.  Sánchez was born in Oriente – the east end of the island, and the cradle of son – though he migrated to Havana and became part of the urban son movement in the 1940s.
“It was Sánchez who first had me play the tres,” Camblor says.  “He had me play it in a trio and I figured out that I had opportunities as a tresero.  I’d wanted to be a guitar player, but I decided to learn the instrument Sánchez put in my hands.  He told me ‘you’ll never lack money if you learn the tres.’”
Camblor started following the sound.  “Wherever I heard son I’d enter and ask to play with the old timers.  When they weren’t playing they were sitting around telling stories.  It was a great education.”
After Cotán, Camblor continued his formal studies with el Niño Rivera, definitively one of Cuba’s greatest tres virtuosos.  “I was with Rivera till he died.  I was going to his house, playing for classes.  When he died I dedicated myself to following his work.”
Camblor says he’s always studying the great son composers from Oriente and Havana.  “I wanted to develop my own sones.  So that’s what I’ve been doing, ever since I was 17.”
Being a young tresero in Havana was a double-edged sword.  “It was an offense for a while [among his timba-loving generation],” he says.  But in some places son was still in demand.  “My life was chaos. Every time I’d go by a place where some old-timers were playing, people would say ‘there’s a tresero.’  There aren’t many any more.  So I played everywhere.  I played some clubs with other soneros of my generation – there are some, but it’s hard to make a name in music now in Cuba, so you don’t hear about them. And I played with famous old soneros.  I played at the Tropicana – I was 16, 17 years old – with [Buena Vista Social Club trumpet player] Guajiro Mirabal and the Tropicana Orchestra.  People loved it.”

California was a huge change. Camblor arrived there planning to play, but he needed money.  “It’s hard to get work if you’re not American,” he says.  He began by picking vegetables in Ventura County with migrant farmworkers. The name Pellejo Seco is partly a tribute to their hard lives and sun-scorched skin, though it’s also Havana street slang with multiple sexual allusions.  “I wanted to leave behind traditional Cuban band names and have something happier – I don’t want everything to be serious, I want people to laugh,” he says.
Money issues notwithstanding, within a year and a half Camblor had put together a septet of Bay Area Cuban expats and recorded his first album, Enganchate (an independent production distributed by CD Baby, 2006).  “We’re the only Cuban septet in California that maintains the tradition of writing new music in the son style,” he says.  “The scene is much more fragmented here than in Cuba, but I’ve had luck maintaining the septet.  We’re always playing – we play a lot of big festivals – and we have two albums out [the second is Despierta, with Chuchito Valdés on piano, CD Baby 2008], with a third on the way.
“But,” he continues, “we haven’t made much money.  We haven’t traveled much.  We’re marginalized a little.”
Pellejo Seco is sometimes described as a world fusion band, because you can hear a hint of flamenco there, a smidge of hip-hop there.  But it’s just the evolution of Cuban son, says Juan de Marcos.  “A lot of contemporary son has the essence of traditional groups from the golden age like Septeto Habanero or Septeto Nacional de Ignacio Piñiero.” (I’m not going to upload a lot of ad-laden YouTube videos, but here’s a gem I pirated from the Internet.  For more, Google these bands yourself!)


But,” Marcos continues, “in contemporary son the lyrics are distinct.  The musical themes are similar to traditional son, too, but many contemporary Cuban composers add breaks or blocks that aren’t characteristic of the original sound.  Cuba was isolated for so many years – even back in the ‘80s, musicians on the island listening to radio pirated from Florida tried to use foreign sounds to add an air of cosmopolitanism.  Ivan does that, he mixes global elements into a base of son in his own music, but he knows very well how to play very traditional son.”
There certainly are some world sounds in the tunes on Pellejo Seco’s CDs, but after watching a bunch of videos I gotta say that in live performance this band sounds absolutely, definitively Cuban.  Camblor agrees.  “I’ve tried to stay outside of jazz,” he says, “to conserve the son tradition.  As a composer I want to concentrate on that.  I do use some jazz and some other elements, but I use them in the service of traditional cuban son.  We’re really a traditional son septet.  I play mostly my own compositions, I don’t have to play standards.  When people hear my songs they recognize the sound, they feel the accent of the son septet.  On Facebook they say things like “Cuidado, ¡esa gente tiene un gran sonido cubano!”
And like many Cuban composers before him, Camblor likes to use humor in his lyrics – guaracha, an uptempo son style, is full of jokes and double entendres.  “I wrote a tune called Sushi Cha Cha,” he tells me,  “because everyone in California eats sushi.  You’ll like the song.  It’s spicy, ‘pa gozar.”
The great Orquesta Aragon – Cuba’s most famous, most recorded charanga, the long-lived king of cha cha cha bands – was visiting San Francisco for the Jazz Festival a couple of years back.  “They didn’t know what sushi is,” Camblor says, “so I said it’s like guanajo relleno.”  That’s stuffed turkey – both a dish and a famous son by the Septeto Nacional.  Aragon liked “Sushi Cha Cha” so much they played it during their show.
Pellejo Seco plays Camblor’s compositions almost exclusively onstage, but it’s impossible, he says, not to play a Buena Vista standard or two.  He mentions a few favorites, including the guajira-son “El Guateque Campesino” and the bolero “Dos Gardenias,” both Buena Vista classics delivered to the world via the silken voice of Ibrahim Ferrer.
At the Madison World Music Fest, Pellejo Seco surely will focus on Camblor’s compositions. The Music Hall lec/dem offers a chance to hear another facet of this band.  They’ll play a couple of their own tunes, Marcos says, but also a number of traditional sones that illustrate the evolution and styles of the form.
“It’s an honor to work with Juan de Marcos,” Camblor says.  “We’re very excited to come to Madison.”